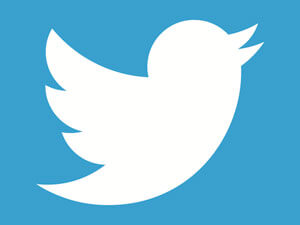 Description: A way to share your life’s moments 140 characters at a time. It is one of the top-10 most popular websites globally. Registered users can read and post messages or “tweets” while unregistered users can only read messages. Twitter can

Too Many Voices – the news is full of sports figures and celebrities who have used Twitter to “vent” and say regretful things. Twitter gives potential cyberbullies a fast way to say dumb and hurtful things. Additionally, anyone, regardless of whether or not they have a Twitter account, can access all of Twitter’s content (tweets, pictures) through the public search feature. Twitter is full of p-graphy in the way of pictures and looping videosapp – see separate write-up).

P-graphy is Everywhere – because parents perceive it to be “just” words, it is flying under the radar in terms of p-graphic material but it is being used by more and more middle school students.

My Reputation is Shot – since it’s so easy to tweet whatever is on your mind, Twitter is an easy spot to do reputational damage to others and yourself, if not used carefully. Starting in February 2015, Twitter signed a deal with Google giving them access to half a billion daily tweets that will now show up in Google’s search results.

Unfiltered Browsing (problematic) – Recently, we discovered that users can access unfiltered internet searches through Twitter. The major search engines have a Twitter profile, and also have their URL’s on their profile. Through these URL’s in Twitter, e.g., google.com, yahoo.com, bing.com, users have unfiltered access to the web.

Location Sharing – we share too much information about our location with the social media world.